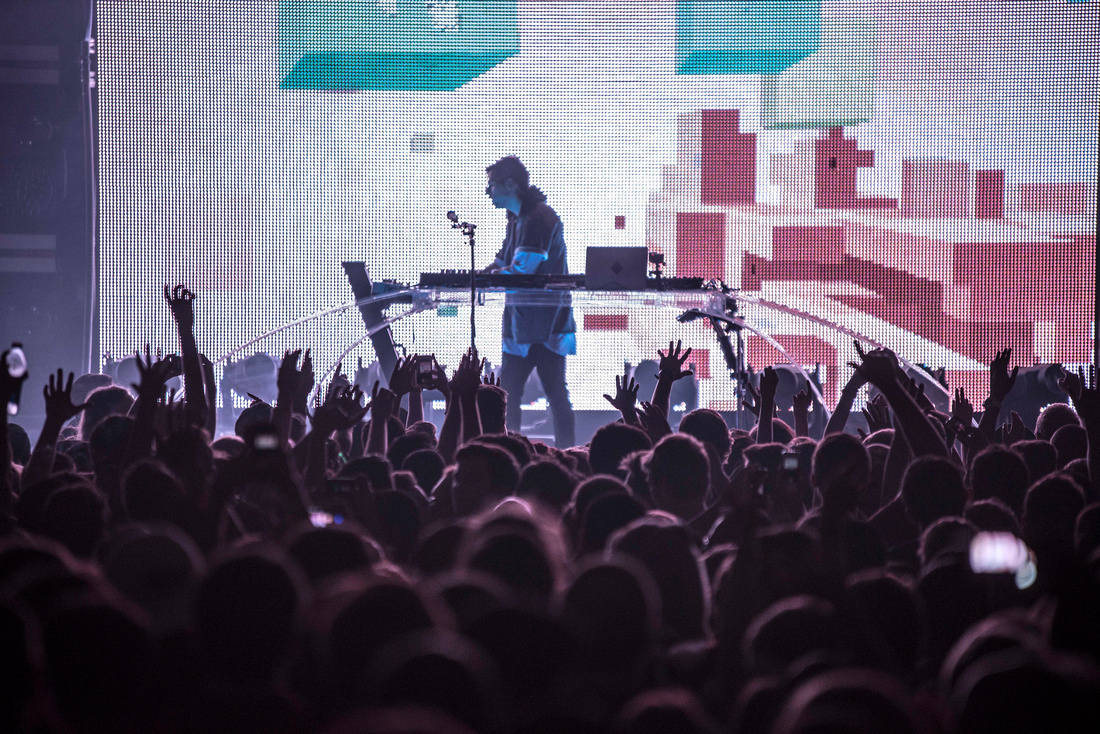 Porter Robinson may be a self-taught musician, but he is definitely someone who has taken the time to study hard. Through the songs he has, it is evident that he has deep knowledge of where dance music has been and where it is now. He is also well-embedded in the pop culture surrounding it, mostly because you’d think he would be the target demographic for his music rather than the person creating it. He’s taken all of this knowledge and youthful energy and used it to throw one hell of a party.

My feelings on live electronic acts and their failings as live events has been pretty well documented in various ways. Robinson managed to buck that trend by hosting a show that was not only audibly stunning, but visually thrilling as well. His affinity for the 8- and 16-bit era fantasy games permeated the screens behind him, weaving epic tales in to the waves of synth leads that guided the crowd through his musical journey.

Wave after wave of luscious synths intertwined with drum skips and cuts bounced off of each other to build something that sounds jarring on paper, but is really ethereally pleasing to the senses. Songs such as “Sad Machine” and “Lionhearted” hit their peaks with fantastic lighting displays and shots of CO2 and confetti raining down on the hyped crowd, before settling down to give us all a moment to breathe. If the show had a failing, it’s that it didn’t seem to have come close to selling out. The Tower Theater was a great choice with it’s GA pit and seating options, and it was still very full, but deserved to be just a bit more populated.