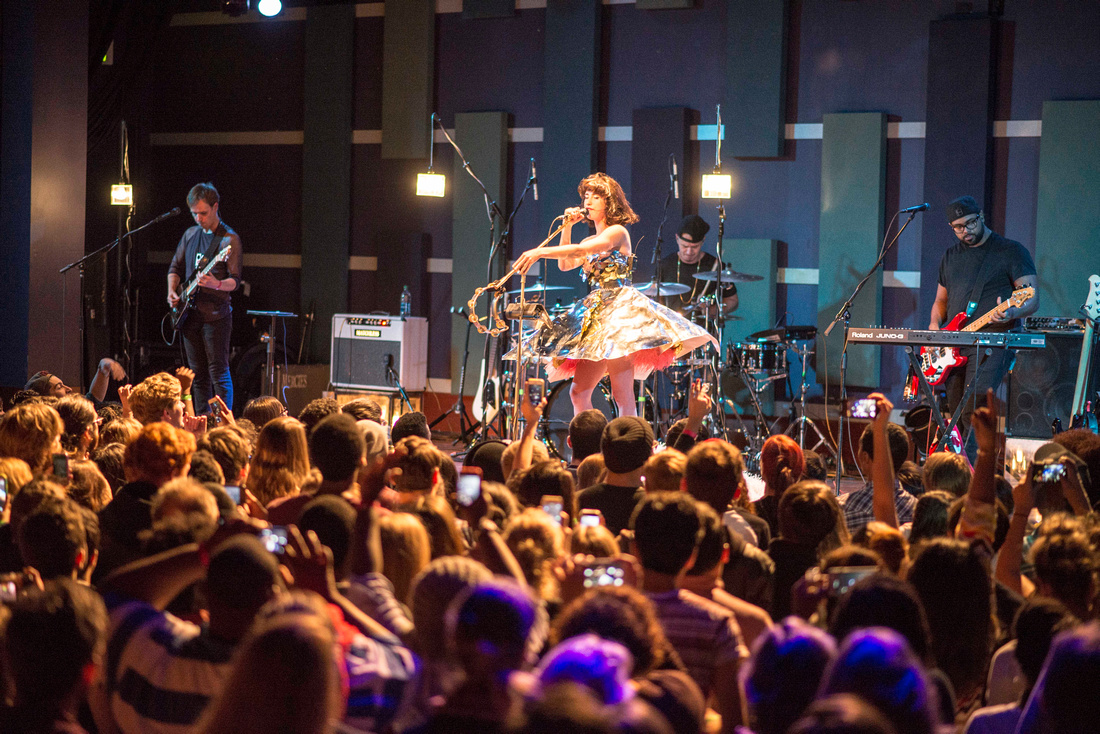 I don’t want to be accused of hyperbole here, but if you weren’t at the Kimbra show in Philadelphia on Friday night, there is a black hole in your life that can now never be filled. I was a bit skeptical going in, thinking that maybe the hype surrounding the live set wouldn’t be able to live up to the expectations I had for it. Sure, Kimbra is great on every song on both albums, she even makes “Somebody That I Used To Know” somehow still bearable years later. Was World Cafe Live the right venue? Did this crowd really want it? Was she just going to be another pop entertainer going through the motions?

Yes it was, yes they did, no, she most certainly was not. She was exciting, electrifying, energetic and fantastically charming the entire night. Her music goes beyond age, sex, and race (the audience was one of the most diverse I’ve seen in a while). She wore a dress that would make Bjork jealous and a set of platform shoes that made her effortless gliding across the stage seem miraculous. Her jazz infused pop-stylings took on another life from the stage. Even the more melancholy songs were made dance-worthy, and the entire audience was eating it up. Wispy and cheerful, Kimbra never lost energy, and I was never once let down.