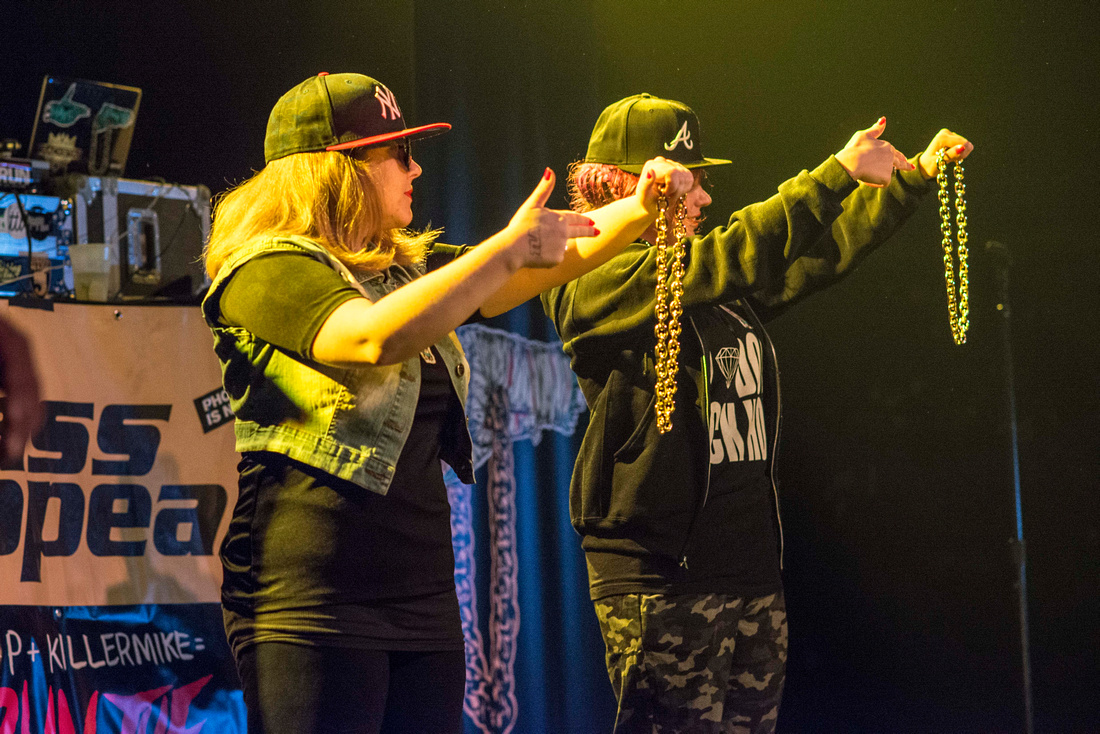 Many a producer has cultivated a career to the point where they can do whatever they want. El-P is one of few that started there. He’s taken years building his hard-edged beats and fusing them with some of the most vicious rappers in the underground, including himself. Never one to shy away from any subject (war, crime, broken families, even his sister’s rape), his lyrics cut just as deep as his beats. Throw in the equally seasoned Killer Mike (who made is debut on Stankonia of all places) to add in a playful balance to the act, and you have Run The Jewels. A pair of evil geniuses that answer to no master, and with that freedom comes no limits to the creativity that they (literally) give away for free.

Their shows follow suit, an off-the-cuff, we’ll-do-what-we-want ode to when the parents were away and the kids did play. A couple of guys who met in there thirties after established careers and just became the best of buds. One of my favorite lines comes in the middle of the song “Banana Clipper” where Killer Mike drops a sweet dedication to their friendship: “Producer gave me a beat, said it’s the beat of the year. I said ‘El-P didn’t do it so get the fuck outta here!’” The new songs are stripped even more bare than hits like that, but don’t think that means they lack complexity. Bass and analog heavy, they are some of the more raw beats El-P has done yet, and they shook TLA to its bones.

Not shy by any means, the two came out to Queens “We Are The Champions” blaring over the crowd before launching in to their set. By the time “36” Chain” came around they had two lucky audience members on stage dancing in the background. The highlight of the night for me came about halfway through the set when opener Despot came back out to join them in on of the best song from El-Ps last solo album, the vicious “Tougher Colder Killer.”

Despot did a solid job up front, but still only vaguely addressed the fact that he’s been promising an album for about two years now with nothing to show for it other than a single or two. I can’t even tell if he’s serious that it’s being done with Ratatat or if that’s just a running joke. The other opening act, New York punk-rap act Rat King, brought its A-game and some low-end beats, reggae-style vocals, rapid fire raps, and a genre defying array of songs.