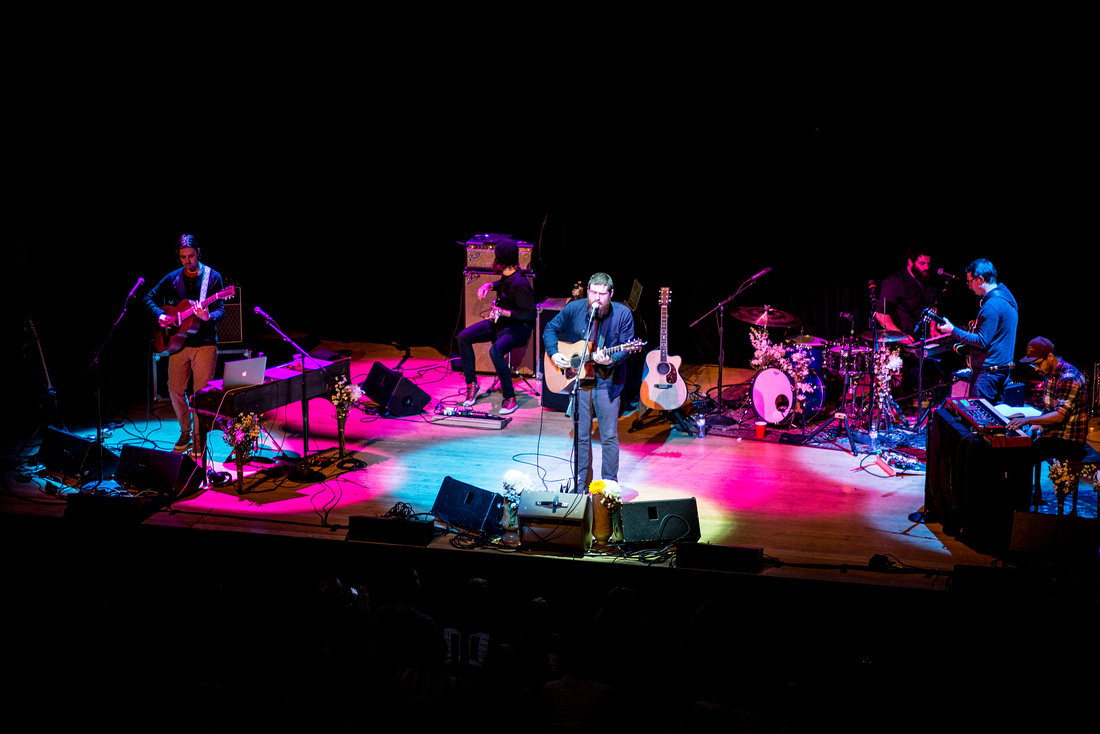 Expectations vs. reality can be a tricky, and sometimes hostile, thing. If you would like to read about the show that a portion of the crowd was expecting at the Temple Performing Arts Center, please read my review of Manchester Orchestra’s TLA show from earlier in the year here. The dueling sold out nights were hard, fast and mean. This show was none of that.

What Andy Hull and the gang brought behind their companion release to Cope, with the similarly bare but uplifting title of Hope, was a lot of “no.” There were no crushing guitars, no blinding light shows, no raging screams in support of deafening drum crashes. There was also no restraint at one point when trying to get the audience, who insisted on hooting and hollering during the low-key show, to behave. Hull was content to strum the same chord over and over until they settled down and respected the setting.

What Manchester Orchestra presented instead of its typical show was a gorgeously thought-out acoustic set, beautifully rendered in the splendid arts hall. Stripped-down versions of the songs from Cope, as well as older hits, gleefully echoed off the walls and were punctuated by moments of fragile silence. Andy Hull was at the top of his game, far more personable than his rock persona permitted during the aforementioned TLA set. He was charming between songs, comically lamenting how the tour was “slumming it” at “hole-in-the-wall venues,” and jokingly promising a return to their roots and a stand-up act at North Star Bar.

The full band kicked it off as Hull crooned songs about death and divorce. Calls for “Shake It Out” were met with hostility, as Hull refused to play it and seemed angered by the thought of it, yet quickly pulled himself back together and wrapped it up with some humor about Taylor Swift and Florence & the Machine stealing the title. A few particularly inebriated members of the audience became troublesome, and I worried for a while that the band might just give up on us. As the setlist moved along, musicians slowly disappeared to leave Hull alone and exposed in the spotlight, just him and his songs. It was a very intimate affair, and one that, unfortunately, lost momentum a few times.

Opener Chris Staples was both unexpected and pleasantly surprising. His indie-rock, singer-songwriter style was both expertly crafted and incredibly catchy. Having never heard him before, I had his songs stuck in my head afterward. Andy Hull even took a moment to describe him as one of his favorite songwriters “of all time.” Bold accolades for any musician to receive from another.

Despite the low points provided by a few bad eggs, it really was an awesome show, that, like the album, was a great companion piece to the tour earlier this year. Manchester Orchestra is one of the premier rock bands on the scene today, and has spent a great deal of 2014 proving it.