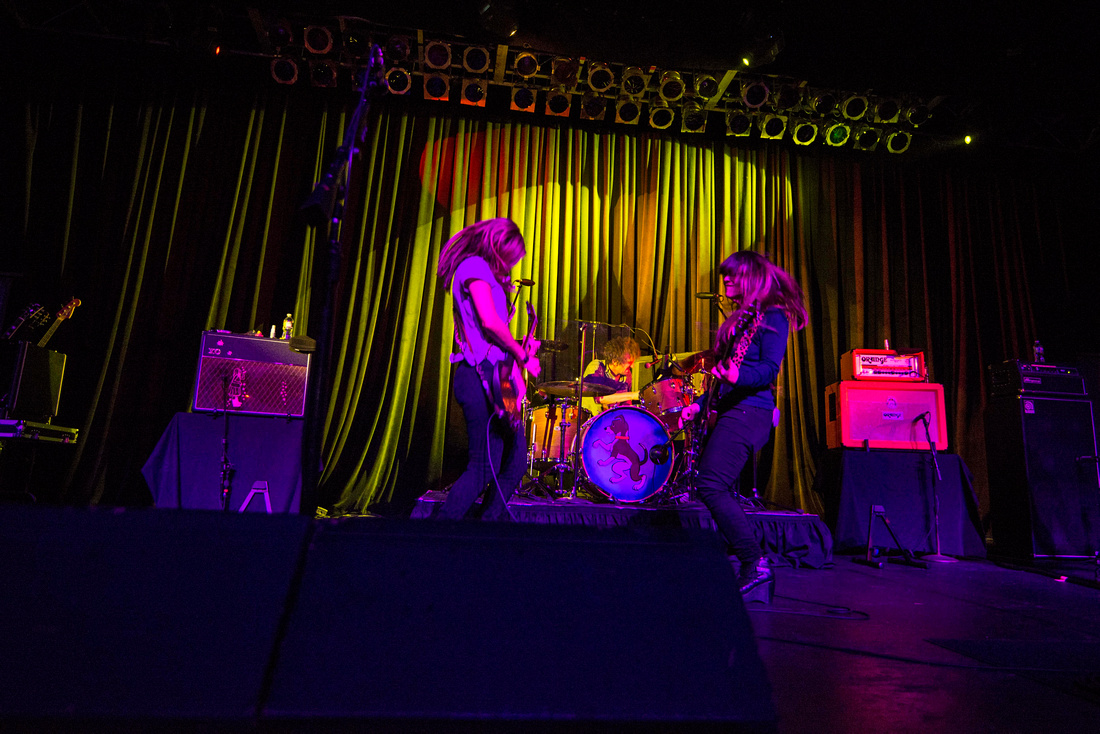 For some people, the drama that tore Veruca Salt apart was the most heartbreaking piece of ’90s nostalgia. For most people, we don’t know what the hell it was all about. Some surmised it was relationship drama with Dave Grohl (a drunken admission at an Australian concert pretty much ruled that out, however). Other interviews hinted at drugs as a catalyst for the dramatic events that ripped the band apart. Whatever the reason, it’s all in the past, as the fully reunited band proclaimed to an eager audience, “Aren’t you glad we got over our shit?”

Over it indeed. As the group entered the stage to raucous applause, Nina Gordon and Louise Post, once legendary ex-BFFs, smiled, embraced, shared a peck on the cheek, and partied like it was 1997 for the remainder of the night. Nina Gordon—publicly amused by bands that wear their own gear and sporting an “It’s Holy” shirt in celebration of their newest single—Louise Post, drummer Jim Shapiro, and bassist Steve Lack together again. It was a good crowd, too. A strong turn out and more than a few crushes—one audience member brought Post and Gordon flowers, which they graciously accepted. There was a dedication to REO Speedwagon and a song about Bowie. While the animosity is clearly gone, the band (wisely) chose to forgo the material from the era in which Post carried on the moniker solo, sticking with the classics and nailing every one of them.