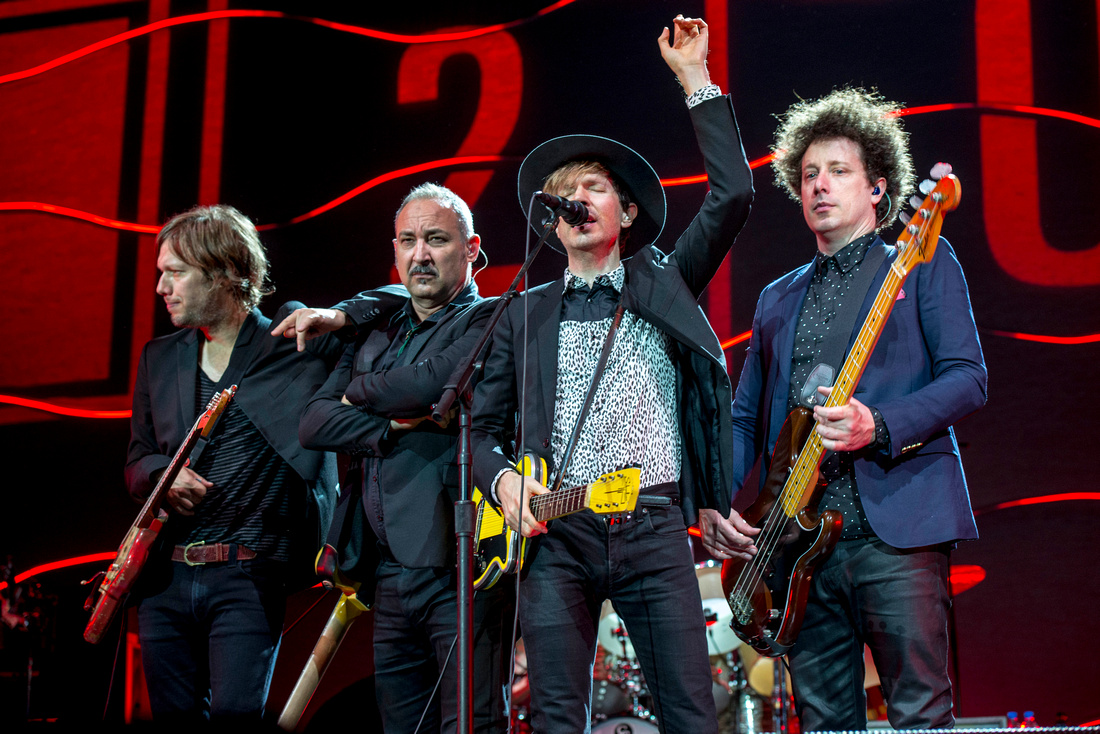 Braving sweltering heat and the looming threat of rain, the massive crowd at Wiggins Park saw yet another epic close to the XPoNential Music Festival with a fabulous lineup. Featuring a healthy dose of local talent, spearheaded by up-and-coming giants The Districts, flavorful acts like The Lawsuits, and colorful heavy-hitters Man Man. Jersey was well represented by the soulful Nicole Atkins, and even Britain had a solid mascot with the fearsome folk rock Bear’s Den. Boston rock group Lake Street Dive, J. Roddy Walston and The Business, Diego Garcia, and Old 97’s all brought their A-games to a rowdy, but friendly crowd (one of the reasons it remains one of the few festivals I would suggest to both friends and family). Wiggins Park headliners Trigger Hippy closed out the daytime festivities with the raucous rock one would expect from a band founded by members of Black Crowes and currently fronted by Joan Osborne.

The evening saw an unforgettable night of music, and probably the strongest closing the festival has ever had. After hometown heroes The Districts banged some heads, indie-rock gods Band of Horses came out strong and finished even stronger. Playing a full set of gold, they were friendly, they were funny, and they were on fire. Beck…was Beck. He is the artist for that person in your life that says they listen to everything, because Beck plays everything. He goes through every musical genre and the attitude that coincides with such ease and reckless abandon. With a youthful presence and a look in his eyes that screams “entertainer,” it’s hard to believe that Mellow Gold turned 20 this year. Really looking forward to another slam-bang event next year!