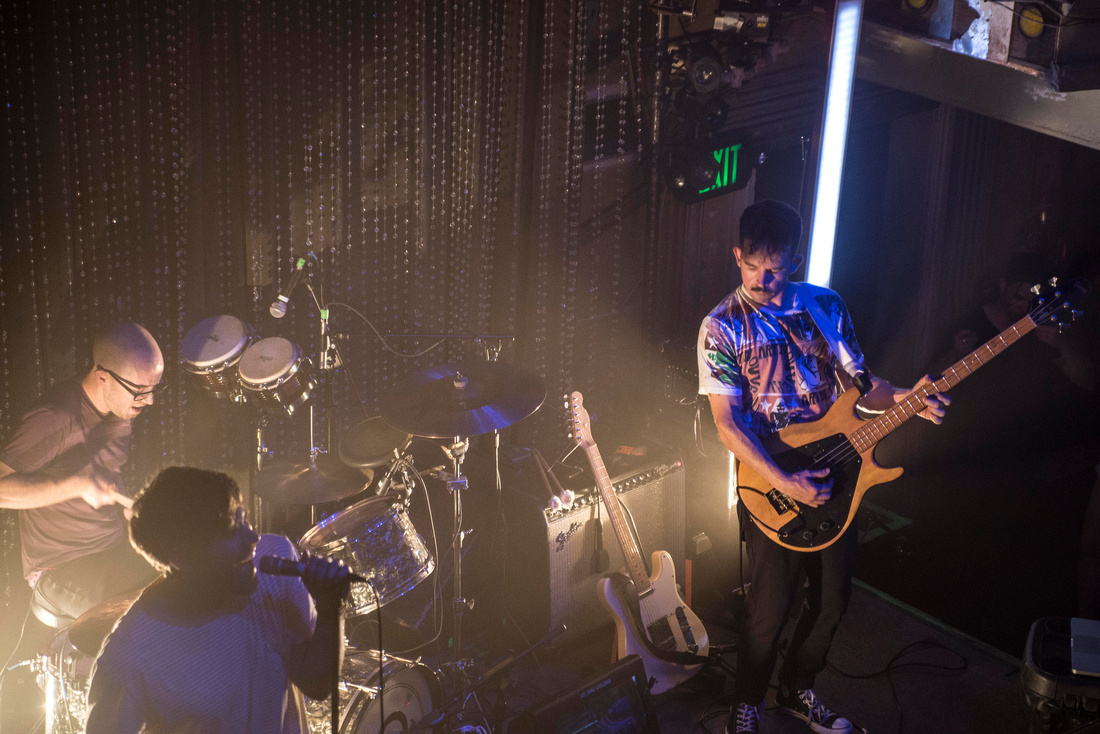 A lot of bands come out of New York. That shouldn’t be seen as a sign that nowhere else has great music, New York City just provides a large portion of the saturation. So, being just two hours away has some heavy benefits. Bands from NYC tend to like ending tours at home, putting them in Philly before making that full-circle or the night before they make it home. Each has their benefits, primarily that the first night on tour is a chance to see the band fresh, rested, and ready to kick things off, rather than late-tour, tired, jaded (depending on how it’s going) and just generally worn out. And sometimes, as was the case with Bear In Heaven on Wednesday night, maybe just a little bit nervous.

Moving away from the laptop sounds I’d heard in the band’s previous visit, not only was Bear in Heaven playing a bunch of new songs, the musicians were using a little more instrumentation. The new songs, from the brand new Time is Over One Day Old, sound great—“Time Between” and “Autumn” especially carry the heavy percussion and bass over nicely to the live environment and manage to sound a little more epic. Some of the older fare such as “Sinful Nature” probably would have benefited from some additional support, sounding a little too stripped down. A minor gripe for sure.

Opening act Young Magic brought an interesting mix of thundering drums, lilting synths, and vocal drones. The images on the screen behind them added a nice touch to the ambiance. Weeknight was a little tough on me at first, though I respect what the musicians were trying to accomplish. The songs they closed out with grew on me more however, taking their initially muddled sound and fleshing it out with some flourishing touches.