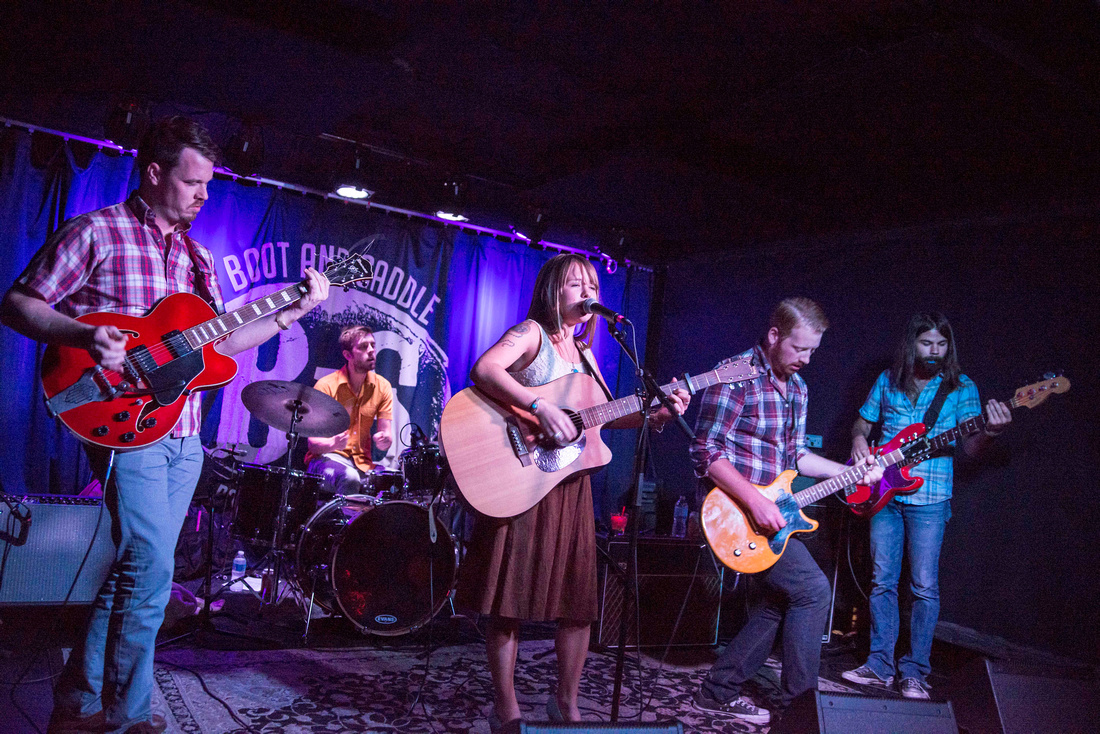 Fresh off a lengthy tour with Incubus and Everclear over in Asia (or so they would have you believe), Philadelphia’s own heroes of blood and lust, The Bailey Hounds, swung by Boot & Saddle with their dark tales and occult leanings. They also have a wicked sense of humor. The somber guitar licks and catchy hooks that permeate their songs translate well into a live environment, and though the set was short (they exclaimed that they played all they had), the future looks exciting as they get ready to enter the studio again.

Levee Drivers are equally as driven for their unique sounds. Rockabilly with a little bit of a punk edge (just a little), they howled and screeched their way across the stage, nearly bringing down the roof. Equal parts melody and raw rock, they are 100% awesome. Katie Frank & The Pheromones kicked off a long week of performances. Filling an itch I didn’t even know needed scratching until I heard them play, the band harkens back to the heydey of Aimee Mann and her ilk. So, if you missed the B&S show, catch up to them at Rittenhouse Square on Wednesday or the Folk Festival on Friday.