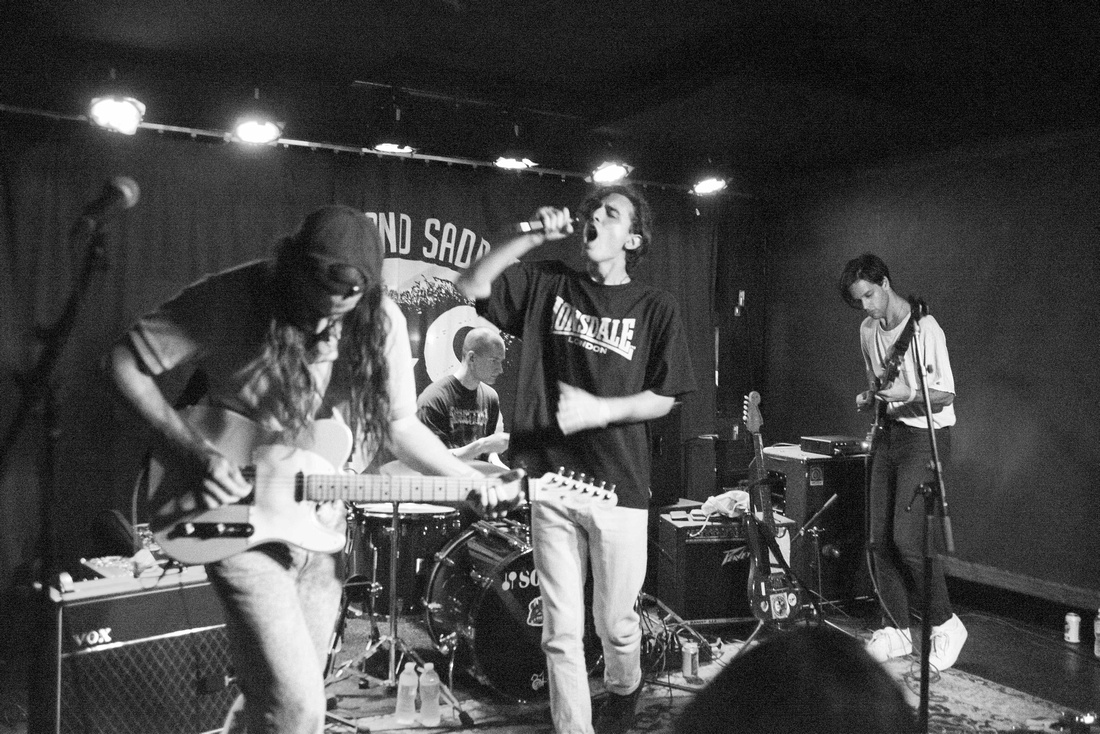 I’m a digital lifestyle kind of guy, but I am not ashamed to admit that I miss some things about my old Tower Records lifestyle. Once a week, I would peruse the aisles looking for new music, sit at the listening stations and soak up the employee recommendations, and chat with anybody that popped up in the electronic music aisle (I’ve made lifelong friends that way). When the pickings were slim, I’d sometimes purchase an album simply because I liked the cover—not the most scientific methods for discovering good music. I’ve applied that school of thought to my shows now, browsing the local ads and venue websites for something new. So, on Sunday night, because of a name and a poster, I ended up at Boot and Saddle.

The members of opening act Axxa/Abraxas do not look the types of fellows that would be in a hazy shoegaze act, yet there we were. It was awesome, a throwback not just to beach tunes, but ’90s era riffs and lengthy sonic breakdowns. They also knew how to throw down a solid indie vibe, mixing in more traditional verse/chorus structure.

Next up was the odd but delightful Heavenly Beat. Sometimes you have to work with what you’re given, and in this case that means a majority of the music came from a box, save for the live bass and acoustic guitar. It was warm and fuzzy summer music with just a hint of dance-pop, and the lead singer reminded me of a Paul Rudd character—he had that quirky, off-putting charm.

The main event, Beach Fossils, came out, and the crowd had definitely picked up. Things were getting dance-y. I don’t know if Dustin Payseur picked up on that immediately, or if he was going to do it anyway, but he kicked things off by jumping in the audience and singing directly to the crowd. I love seeing things like that, it’s not just somebody going through the motions—they want to have fun. I have listened to their albums and I dig the reverb soaked, indie-beach revival sound they have, but it works so much better live. There is a crunchy garage rock feel that punctuated the parts that felt over-processed on the albums, and the catchy choruses came through much clearer. My blind leap in to the deep-end paid off once again, and I bought albums from all three acts, regardless of the cover.