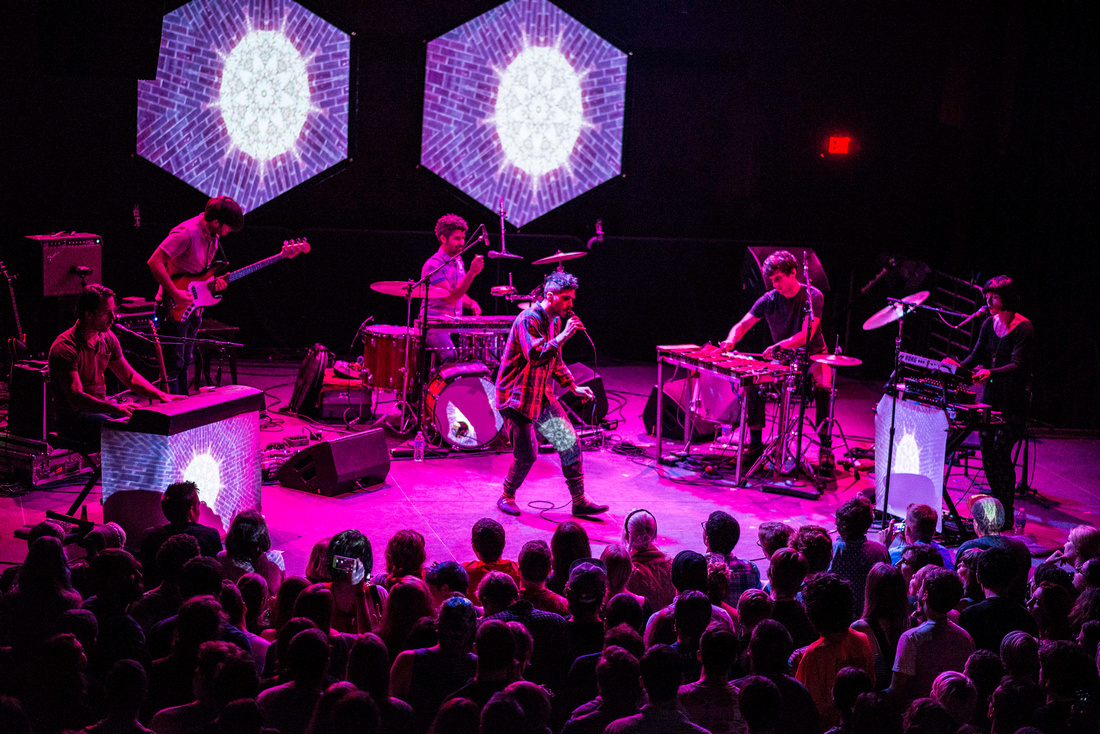 Fusing musical genres together is not a new idea, nor is it a generally unpopular one. There have been some missteps in the past (nobody says “rap-rock” with a straight face anymore), but the good outweighs the bad now. Enter Yoni Wolf and his merry band of minstrels, who played at Union Transfer on Monday night. While primarily a Wolf project, it’s a gleeful combination of indie-rock band in the background, with the eccentric rapper leading the way as ringleader.

Always upbeat, even if the coded wordplay is not, Wolf is an artist that puts his whole body into every performance. He projects everything out into the crowd, which was soaking up every single word of it. The sounds were really fleshed out, and the setlist was a great mixture of old and new(ish).

Opener Dessa brought here own unique brand of sung hip-hop that expertly melds R&B-style choruses against angst-ridden verses. Not one to shy away from delving into insecurities and injustices, the Doomtree chanteuse is also not afraid to experiment with sound. Mixing classical styles with modern boom-bap drum hits and smooth vocals that flow seamlessly into spoken word slam-poetry readings. It was a good night for creativity, and a proper welcoming to fall.