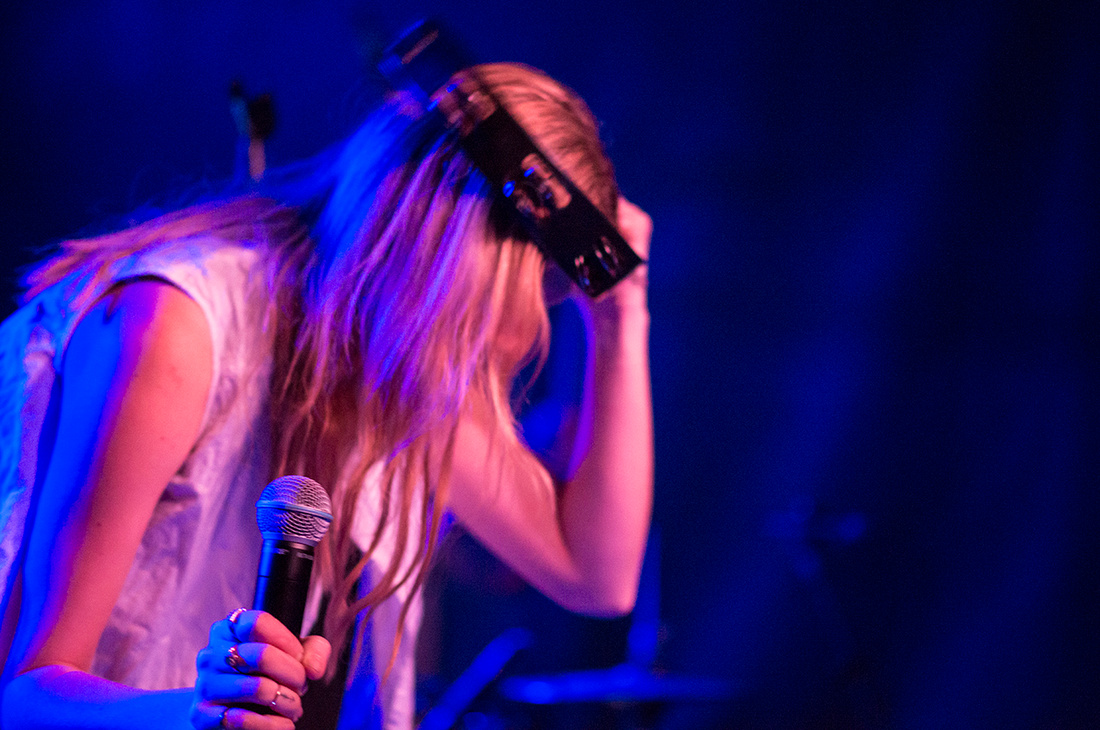 Anytime somebody recycles some oversimplified line about how stale pop music is and “everyone sounds the same,” I want to cram artists like Lia Ices into their ears. But, Lia Ices wouldn’t allow it, she is much too nice for that kind of thing.

In a dark little bar in Philadelphia, on a snowy Wednesday night, a group of like-minded individuals gathered in the back space designated for live musical acts. It should have been a hefty crowd, but bad winter weather (as predictable as it may be) has a way of keeping people home—the venue was empty. A group of young men from Montreal stepped on to the stage, bashfully said hello, and launched into a fantastic set of Joy Division-inspired synth-rock. Sharing vocal duties among 3 of the members, they were slightly awkward with the banter, but seasoned pros with their instruments. They called themselves SEOUL and they haven’t released much yet—they made it quite clear that, despite heavy demand, there was no merchandise to sell, as their album is not complete.

After a brief pause, and a few more bodies in the space, a trio of ambiguous people take the stage. A few taps of her feet and Lia Ices’ voice exploded through the darkness. An unassuming woman when you see her take the stage, she suddenly becomes a completely different person. The energy that propels her voice outward contorts her body as well. She dances round the stage, feeling everything from head to toe. A magical blend of splendid vocals, indie singer-songwriter ideals, and the kind of energy that fuels all-night dance parties. It was an intimate affair that maybe should have been a little more public, but I’m not going to complain. I love a quiet night among friends.