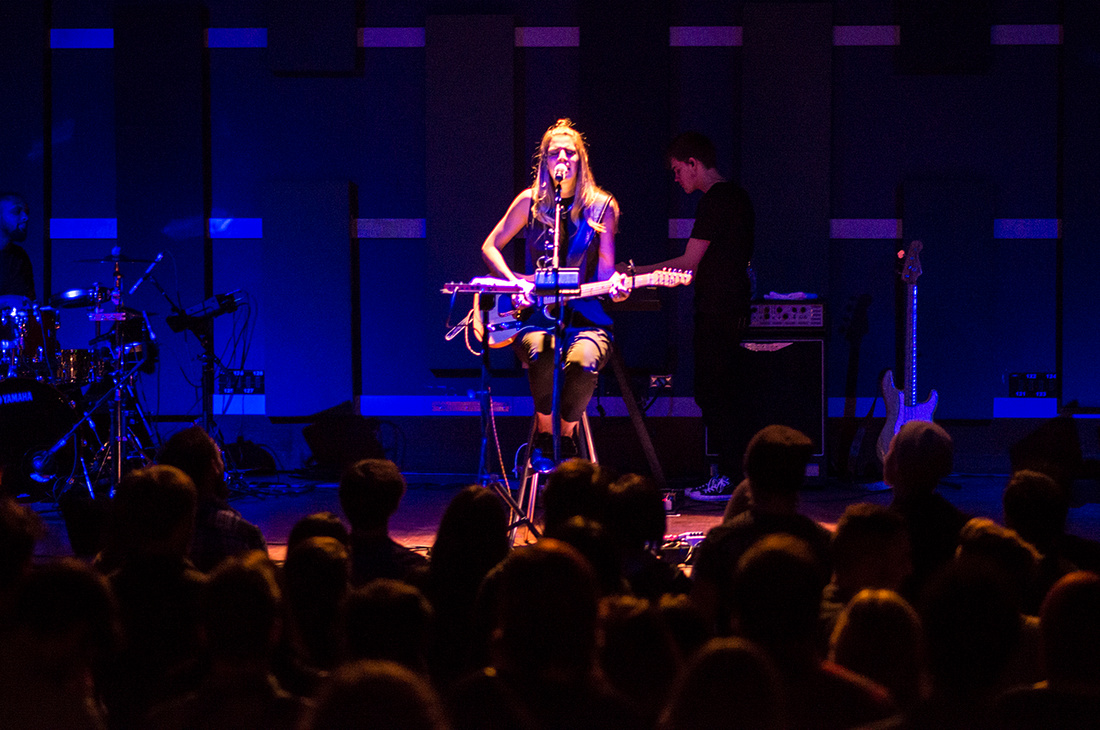 Some musicians find success in the mainstream, some find success in faith-based music, but it’s rare for an artist to so finely walk the line between them as Brooke Fraser does. Rarer still for them to not implode at some point (see: Creed). But Fraser is a unique talent, a songstress quite adept at crafting a tune that will make even the lightest of pop fans take notice, and still put enough of herself and her thoughts in it as to garner critical acclaim from both mainstream publications and Christian publications—and top both charts in her native New Zealand. Fraser is a people’s person. Exhibit A: her show at World Cafe Live this past Tuesday night.

A few songs into the set, Brooke sat down suddenly, and revealed to the audience that a few days before, she had suffered from a nasty bug, or food poisoning, and was still a bit weak. So throughout the set she would bounce around for one song, and sit for the next. After the reveal, there were times where the fatigue was noticeable, but she pushed through it, for us. At no point did her voice falter, and she stretched further than before with her new material from Brutal Romantic. A more synthetic album than her previous efforts, it is also more playful, and the playfulness it requires from her singing never faltered, even if her body couldn’t keep up.

Opening act Dark Waves was exactly what you would expect from a band named Dark Waves. Don’t get me wrong, that’s not a bad thing. They had a fun brand of modern alt-rock meets The Cure music that worked out surprisingly well up on stage. It was an odd pairing for the main event, but there were a few people that seemed to be there just for them, so it all worked out in the end.