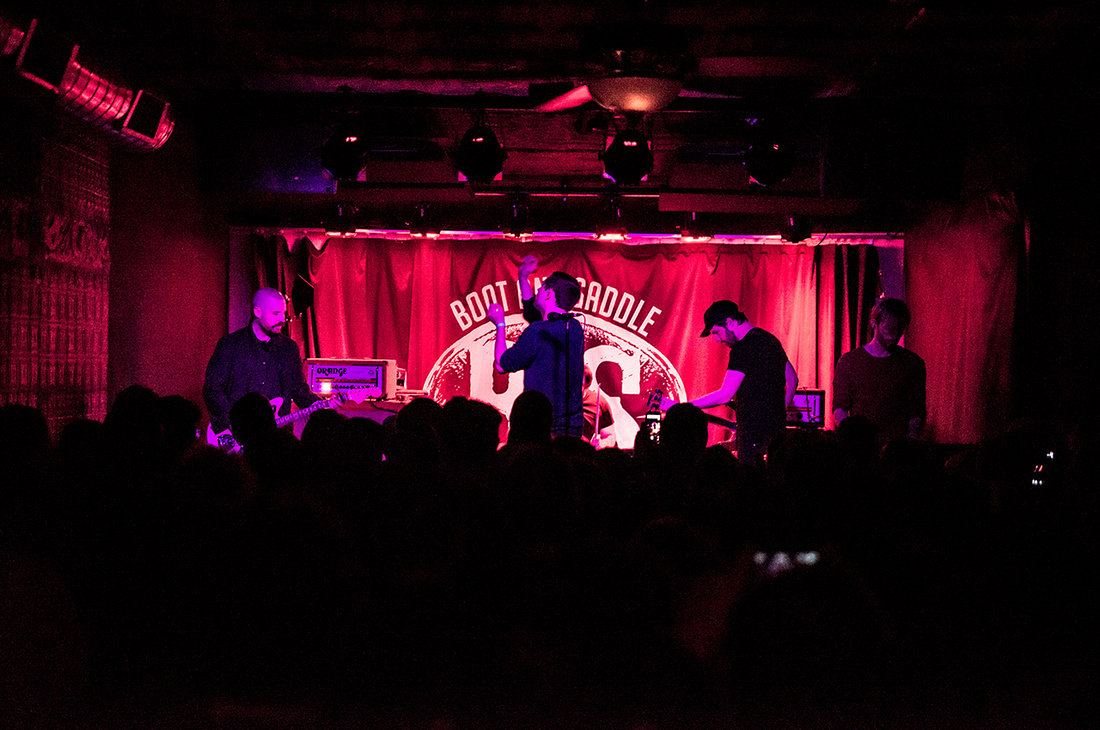 Bill Murray may have said it best: “It’s gonna be cold, it’s gonna be grey, and it’s going to last you for the rest of your life.” You could be at the point where you are feeling the winter blues, popularly known as Seasonal Affective Disorder, or SAD. So, why not pack yourself in to a bar and listen to some music that knows just how you feel? The Twilight Sad may not make it all go away, but they at least ensure a good time is had.

Boot and Saddle may not have been a prime venue for them. Don’t get me wrong, I love that place, but the Scottish band has just too much energy, despite bright titles such asNobody Wants To Be Here and Nobody Wants To Leave. Think folk music that drank a bunch of Red Bull and had an affair with reverb. It makes for a good time, and one that made for a helluva Wednesday night.

Opening act Port St. Willow may have sounded like they were trying to do a Radiohead impression, but the sound was deeper and more hypnotic than that. Surprisingly, the crowd remained entranced as well, keeping silent for most of the set, something the band thanked us for, and keeping the mood they were trying to build intact. A soft warm up to the noise Twilight Sad would bring.