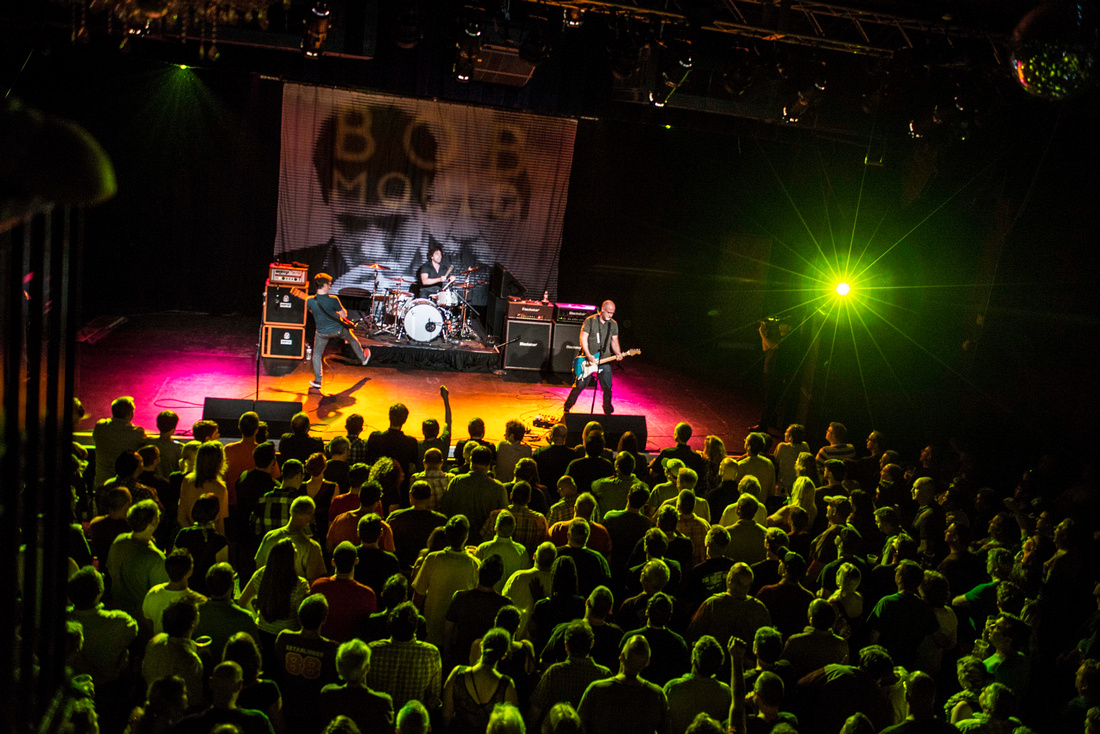 Billy Joel famously sang “Only The Good Die Young” in 1977, which became something of a mantra in the punk-rock scene. Sid Vicious, Darby Crash, Kurt Cobain, etc. But the fact remains that a large portion of the idols lived, and some of them even got better as time wore on. Heck, even Joel couldn’t have believed it entirely as he still packs ‘em in. Husker Du and Bob Mould existed and were melded in a time and place when that school of thought was really at its peak. But, Mould still stands. He also runs around, screams, plays guitar like a monster, and is an all around amicable and entertaining guy.

So legions of fans, both old and new, piled in to the TLA on Friday night to witness the spectacle that is, for better or worse, labeled as pop-punk. It’s fast, it’s loud, it’s fun as hell, and Mould is its godfather. While he didn’t waste time with too many words to the audience outside of the occasional “thanks” (I do like it when an artists takes some time to talk to the fans), Bob and the boys did cram in a lot of music to the set. A career-spanning set, the show was populated by what was hands down one of the best crowds I’ve been a part of recently. The audience was filled with genuine Mould fans and everyone was respectful of the request to refrain from filming the show, as it was being professionally captured from start to end for what I assume is an upcoming live release, so keep an eye out.