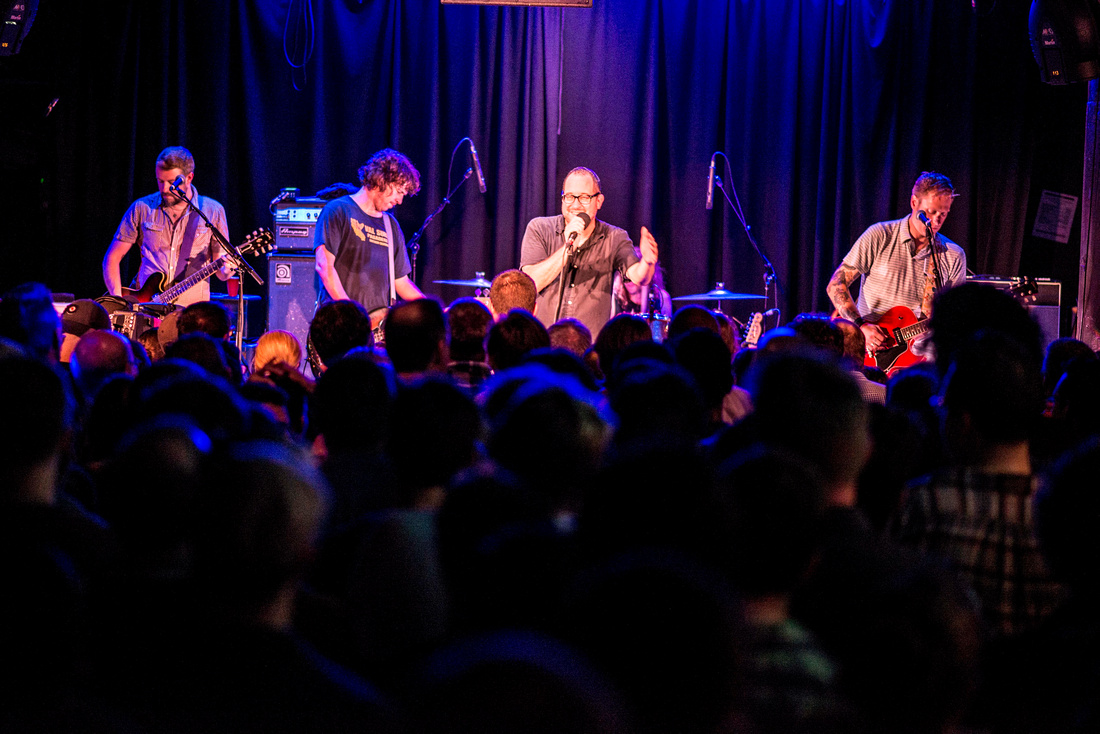 We have made things complicated. By we, I mean all of us. We took rock ‘n’ roll and broke it down in to so many genres that it borders on the ludicrous. The bands and genres aren’t inherently bad, greatness exists in all of them, but we over-complicated things. So, sometimes it’s refreshing to be able to look back to a simpler time and see a band that can be labelled simply as ROCK!

The Hold Steady is one such band. Raw, powerful, high-energy, drunk, physical, so on and so on, they encompass all that is guitar-driven, fast-living rock ‘n’ roll. If you haven’t seen the band live—until Monday night at the perfectly suited Underground Arts, I had not—this means a group of people joining as one big ball of energy. Some of them play instruments, there was a guy singing, some people up front, some in the back purchasing merch and beers…but don’t be mistaken, this was a collective—everybody was part of the show.

That’s really the best way I can describe it, and if you’ve never heard a Hold Steady album and want to hear what it’s all about, you really can’t go wrong with any of them. There’s sixth of them, and they all appear to be pieces of one giant rock ‘n’ roll catalogue, rather than independent moving parts. Guitar-centric madness that has seemingly no place in today’s genre-driven markets, but exists as some sort of ghost of music past that came out of the grave to remind us all what it is supposed to be about. This may be drivel to most, but if you get The Hold Steady, I hope you find that this is an accurate description.